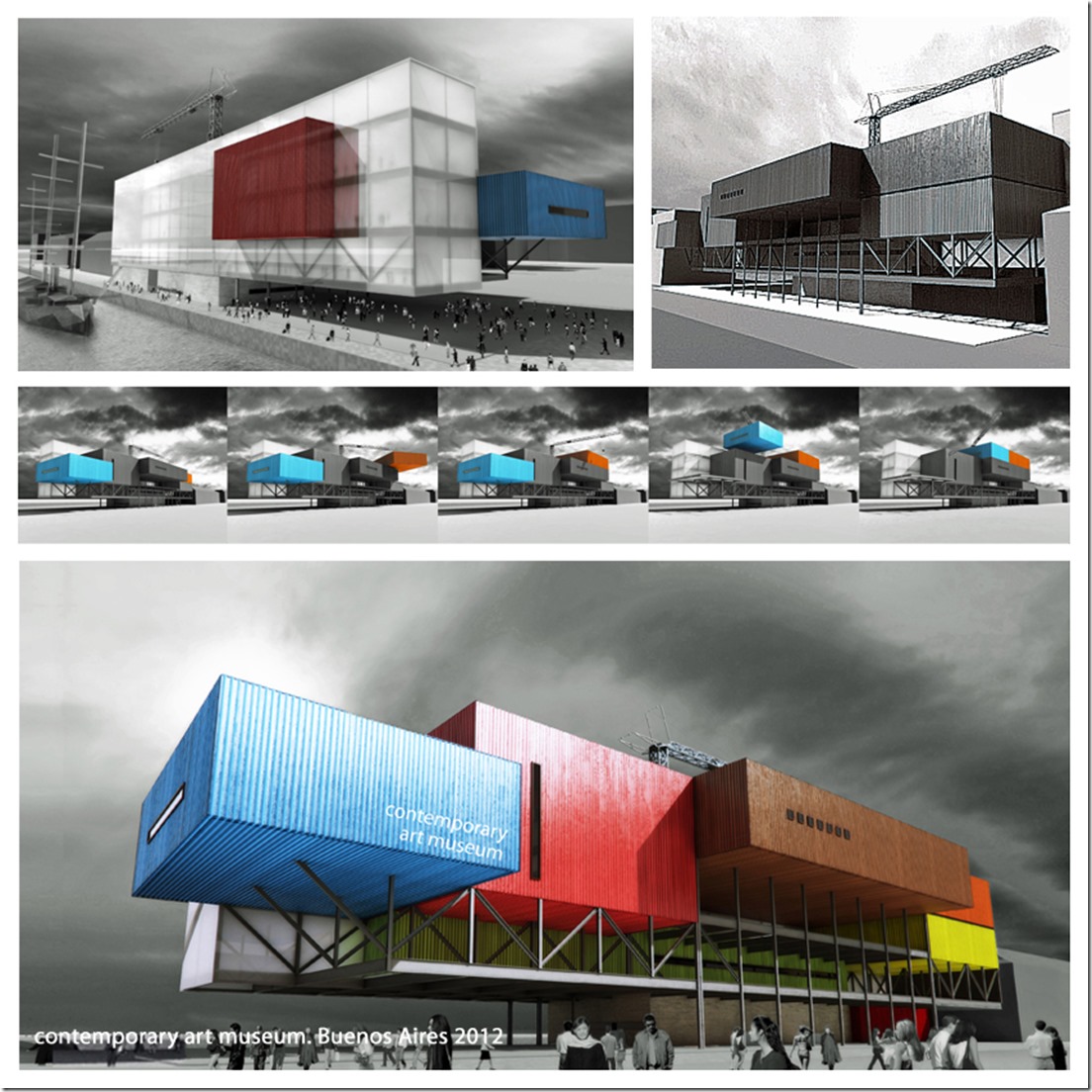 MOVING ON A CANVAS
A Contemporary Art Museum should be a Shell,
containing the ever changing trace of Art through
space and time.
A spacious shell can provide shelter for a variety of
artistic expressions.
Its Components form a typical contemporary
museum building and their Movement multiplies
the potentiality of the Museum to accommodate
different exhibit scenarios & spatial understanding.
The Museum transforms itself, following the eternal
movement/change of Art, thus remaining
Contemporary as it follows its content.

THE CRANE
The crane is the visual and structural connection
between the new building and the surrounding
urban character.
A Landmark of the particular Urban Happening, the
Crane, symbolizes the evolving character of Art and
Architecture and is itself an exhibit as it realizes the
movement of the museums elements

THE GLASS CANVAS
Along the sea canal a vertical transparent glass
canal rises
On this canvas people move to the exhibit shells,
consisting an ever changing colorful picture
From which the crane and exhibition shells extrude.

THE MOVING SHELLS
The two Moving sub Shells of the Museum, at the
perimeter of the immobile part of the building,
transform the building itself to gigantic visual art
happening, having as a background the glass
canvas.
The Multipurpose Space is transformed to a
Multiple Space Purpose

The Crane can place it to a variety of positions, from
the steel structure projection on the North, to the
terrace of the Museum, hold it above the city or
even attempt to place it in the city itself…

THE OUTDOOR MUSEUM
The changing surface of the Terraces, following the
museums concept, is the main open air exhibition
space.
Fragments of the Museum, above the city or
floating over the water, carry part of the exhibit
gardens to a variety of positions.
The Pilotis System, allows the elevation of the
main uses above the ground level, provides an
open exhibition shell, in continuity to the urban
environment as well as the waterfront.